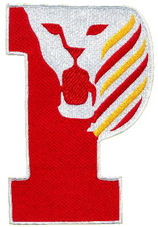 Information about the 2004 - 05 Central Division, Flyers Cup and State Championship and the 1971-72 Championship teams can be found using the links above.

It's amazing how diverse a group the Penncrest Ice Hockey Alumni are.  It seems that I'm always running into someone who played for Penncrest.  Either that or they've got a great story that is somehow linked to the team and/or it's players.  We won't discuss any of them here since many alums have kids and are trying to teach them right from wrong.  The information on these pages is as accurate as I can make it, so if you have any old score sheets or information to share please contact me so I can complete the storied history that is Penncrest Ice Hockey.
-- Steve Mescanti

In 1970-71 Penncrest was part of the first expansion of the ICSHL.  Ice time was $40 an hour at Radnor Rink and $45 an hour at University of Penn.  The first coach was Fred Brumble who was assisted by Don Kerr.  Aside from equipment which was estimated to cost $100 plus skates, players paid weekly dues of $6.50 and the team paid a $50 franchise fee to join the ICSHL.  Practices were held at Penn from 11 PM - Midnight once a week and at Radnor from 5 AM - 7 AM on Friday mornings.  All games were played at Penn on Saturday mornings.  Most of the players had part-time jobs and some Media merchants contributed money so the team could purchase jerseys.  That first Penncrest team won the Western Division.  They followed that up the next year by winning the ICSHL Championship.

The following is a Look Back at the ICSHL dated 1979-80 and compiled by Mary Cifone, then treasurer, but someone who filled many roles for the league over the years.

I have had the opportunity in the past few weeks to consolidate all the league's records.  At first the task seemed overwhelming to say the least, boxes and boxes of League records.  All had to be sorted by year and titled, one piece of paper at a time.  Although much of the information is missing from the early years of the ICSHL (1969-70, 1970-71, 1971-72), beginning with the 1972-73 season there is a wealth of information about how this league has grown.

If anyone has old score sheets and or league stats from the early years (most of the 70's), I'd love to see them so I can update the career statistics as accurately as possible.  E-mail me.

3. 1971-72 saw more expansion as Radnor, St. James, Upper Merion and West Chester joined the league forming two seven team divisions.  Swarthmore at 12 - 1 - 0 led the Eastern Division and Penncrest at 9 - 2 - 2 led the Western Division.   Penncrest defeated Swarthmore for the League Championship.  (our only one)

5.  1973-74 saw ten new teams join the league.  Springfield joined the Eastern Division, Episcopal Joined the West and Archbishop Carroll, Great Valley, Bishop Kendrick, Neumann, Northeast Catholic, Norristown, Ridley, and Southern made up the new Central Division.  Marple-Newtown led the East at 12 - 1 - 1, Penncrest won the West at 12 - 2 - 0 and Southern and Neumann tied in the Central at 12 - 2 - 0. Marple-Newtown beat Penncrest for the League Championship.

From 1973-74 on, the records are available and the statistics are much more accurate. If anyone has any OFFICIAL stats for these missing years, contact Steve Mescanti and we'll add them to our records.